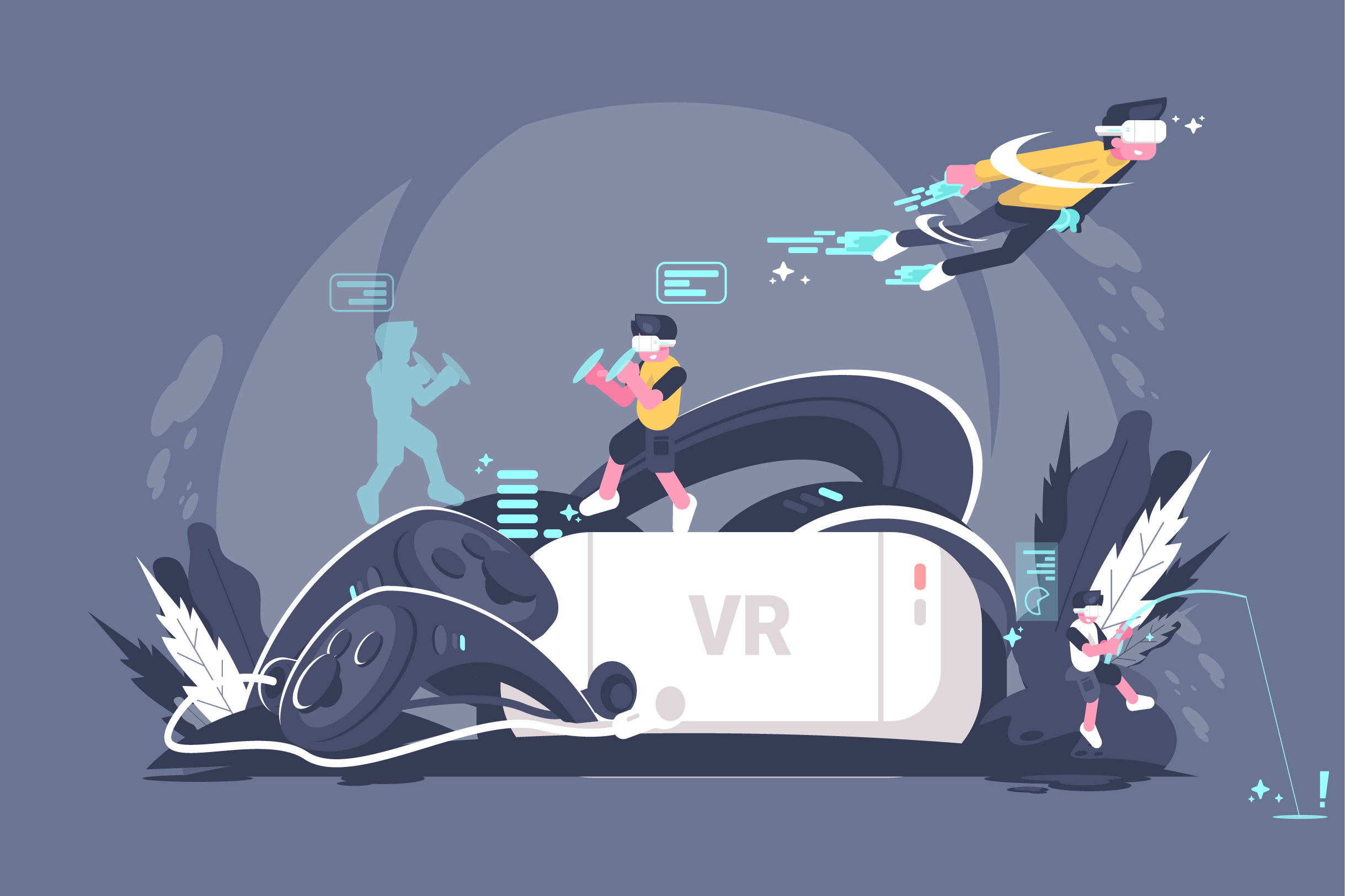 Most of the users’ comments about consuming virtual reality technology related to impracticality of the device. With the limited content and high cost of basic and extra equipment, the practical realization of the VR market was extremely difficult.

Fortunately, the emergence of the independent “Oculus Go” headset 2018 redefined VR’s user experience, positioning itself as the first “user friendly” headset in the market. No cables, no mobile device or bill, with a cost of $ 199 acceptable. “Oculus Go” just needs to be put on your eyes and you are ready to feel the wide range of pre-installed VR experiences. For this year they announced Oculus announced a Quest, an integrated standalone wireless VR gaming system with the included (6DoF) system.

HTC has also seriously embarked on developing the Vive series, presenting the wireless sets of Vive Cosmos and Vive Focus. Vive Cosmos is a new stand-alone HTC flagship headset, enhanced in comfort and functionality for the most conspicuous use of virtual reality.

Vive Focus Plus shows the same level of functionality, with additional adjustments for use in business presentations, training conditions, simulations, and virtual conferences.

Taking into account, the difficulties with technology and user experience are slowly resolved.

2019 should play a key role in presenting quality and stimulating content that will justify all investments and continually improve the technology and experiential standards. It is necessary to establish a mass entertainment industry market that has the power to attract the potential audience into a virtual reality.

Passive content from the user does not require participation in the action, but only looks at predefined content, such as watching television, aside from being able to observe the environment from multiple perspectives.

Interactivity, on the other hand, requires users to participate in actions around them.

Realistically, VR is still in the process of growing up so no one knows yet what the VR audience wants, including that audience. The tendency of developing VR applications earlier has shifted to interactive experiences since they have been trying to maximize the capabilities that technology provides.

But will interactivity be in the service of storytelling or technical content? And is the broader audience ready for such a change in media access? Although before Bandersnatch there were attempts to interactivity within storytelling, but none of the methods resulted in too much success among the audience.

On the other hand, the linear narration and classic film approach used in the VR developmental universe provide an unprecedented level of experience in the cinematic world. Passive content dominates all levels of bidding on leading VR services such as Oculus and Viveport.

What is then to focus, what content to develop, what does this audience actually want? On these issues VR developers and distributors will soon have to respond to maintain and enhance the overall market.

There are currently only a few games that users have really accepted, but they did not have a remarkable market success. But with the latest trends in hardware advancement, we believe that in 2019 the diversity and quality of content will bring it closer to the masses.

Video games and e-sports are the first step, but VR can reach a wider audience through educational content, the scientific community, the tourism industry, medical applications, presentations and even the imagination. Examples from the Culex XR practices such as the Autonomous aircraft unit or the Christmas Tram can prove this.